So. Was driving along last week and heard a big pow from under the hood. Knew that couldn’t be good, and it continued to make awful sounds, so I immediately pulled over and called for a tow. Tow was pretty uneventful. Just a quick hop across town via the interstate. Went in to take care of the paperwork while the driver unloaded my car. Came back out to find the car still jacked up and with the hood popped up. Apparently, there’d been a fire under the hood while I was inside. After a fire extinguisher and a lot of water, they’d managed to put out the fire. Driver towed it on over away from anything of value and unloaded it. Car started to roll down the slight incline, but it was in park (had been in neutral when it was towed). Not a good sign (you’d think the fire would be enough to tip me off that there were problems afoot). Turns out, towing a vehicle with the drive wheels on the ground… BAD IDEA. Transmission ripped itself apart, metal bits from it shorted out some wiring, which led to the fire.

Suffice it to say, my old ‘86 Tercel is now toast. And after I’d finally come up with a name for it too (Fireball). Farewell sweet Fireball, we’ll miss you. At least you went out with a bang instead of a wimper. 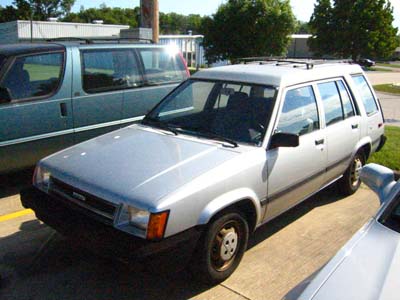 Tow company cut me a check for the cost of replacing the transmission (a little more than the Blue Book value if I’d sold it in working condition). I’ve managed to come up with a suitable replacement, an ‘01 Honda CR-V. It’s even silver. 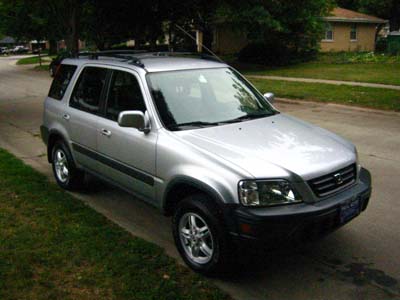