The big E3 entertainment expo featured the first real info on the next generation game consoles. Xbox360 features a PowerPC with 3 cores, graphics by ATI, some backwards compatibility. PS3 features a beastly PowerPC-based Cell processor (ie roughly twice the flops of the Xbox360), graphics by Nvidia, Blu-Ray support, and full backwards compatibility (PS1 and PS2). Very limited details on the Nintendo Revolution: backwards compatible with Gamecube games, support for downloading old school Nintendo games (NES, SNES, N64… not sure how the pricing scheme will work for this). Looks like they’ll all come standard with WiFi, wireless controllers, and I suspect will all have some sort of support for hard drives (PS3/Xbox360 for sure, guess on my part with Revolution since you can download games).

One thing I found particularly amusing: Xbox360 demos were running on a Power Mac G5 (see here and here). I knew the development machines from MS with the Xbox SDK have been Power Macs, but I’m amused the E3 demos aren’t running on prototype hardware. 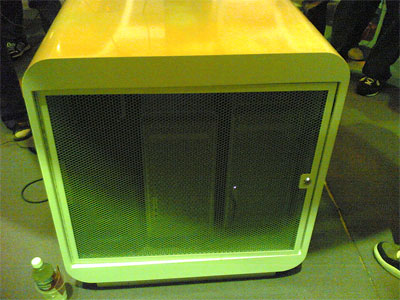