Earlier this year, we got Chromebooks for our girls so they could more easily do their virtual schoolwork. iPads proved to be frustrating for some things, so we opted for Chromebooks since we knew that would be similar to what they’d use at school. We also got them each a stylus that was compatible with the Chromebooks (specifically one meeting the USI standard). I wanted a way for them to be able to keep them with their computers in the hope that if I had an easy way for them to keep track of it, they’d be less likely to lose them. Nothing quite matched my needs. I’d initially tried to print an existing design that plugged into an empty USB port, but it was designed for a stylus with different dimensions and would not work for ours. Inspired by that general design, I put together the following: 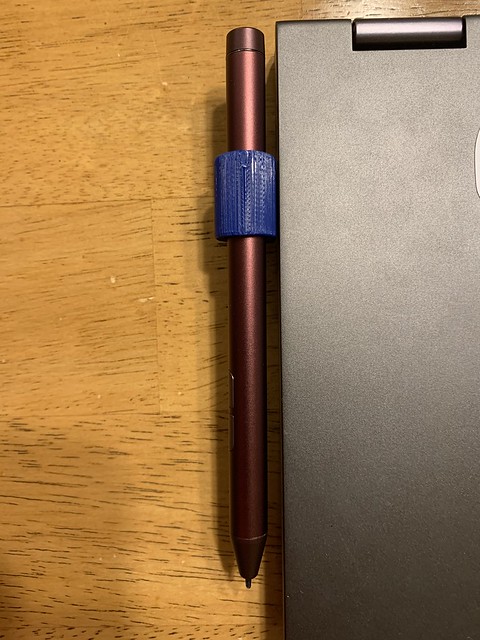 I’m still struggling with modern modeling software, but it came together after a few design iterations: 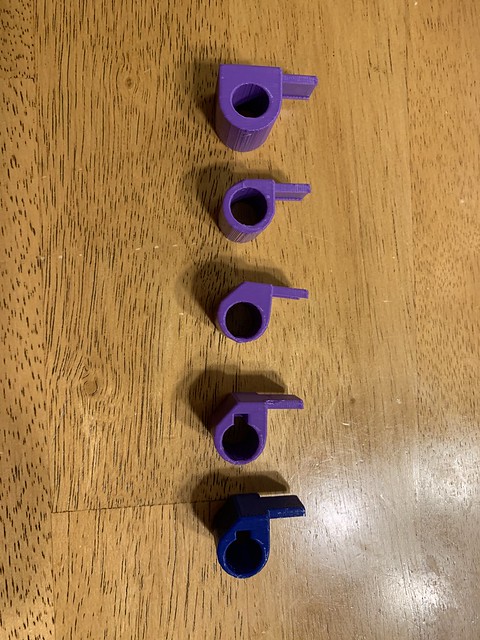